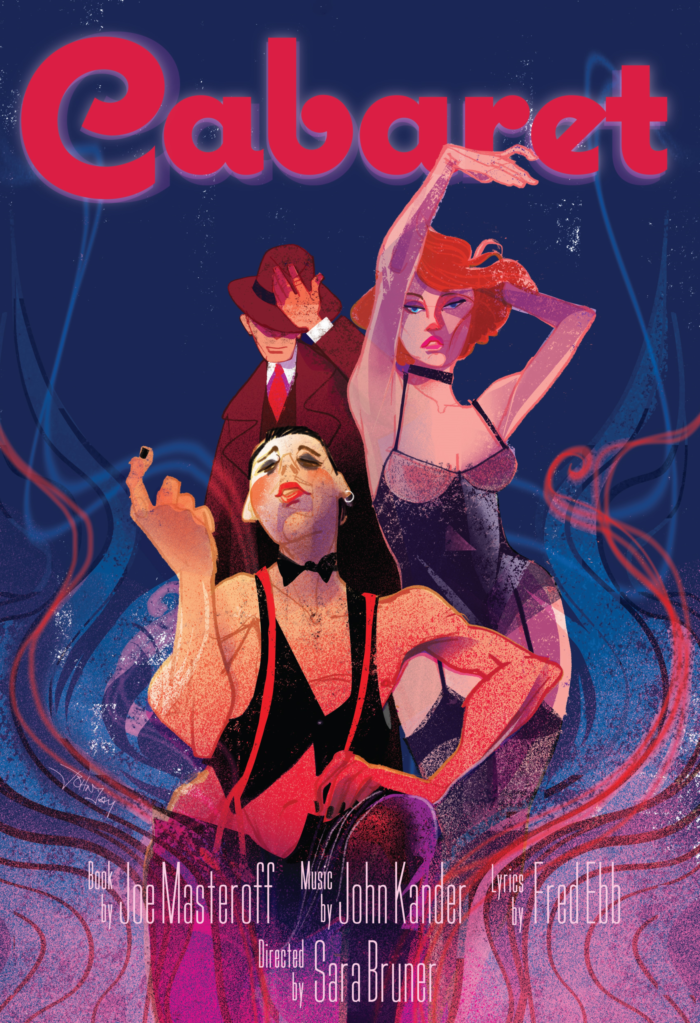 Wilkommen! Bienvenue! Welcome! Cliff Bradshaw, an American author working on a novel in Berlin, encounters Sally Bowles, a talented cabaret performer, at the seedy Kit Kat Klub where she sings. When she is fired by the club’s owner, also her jealous boyfriend, she moves in with Cliff and the two fall in love. As the Nazis begin taking control of the German government, the atmosphere of the Kit Kat Klub and the lives of Cliff and Sally begin to change dramatically. For all the exuberant song and dance, the most powerful aspect of Cabaret remains the political wallop that it delivers. The horror gains momentum around them, as too many characters stay locked in denial or self-interest. At its core, Cabaret is a devastating critique of apathy, and a clever and terrifying look at totalitarianism. Cabaret’s powerful story remains remarkably timely nearly 80 years after Isherwood’s original stories were published, which is why the piece continues to resonate with audiences more than 50 years after it debuted.  “…a masterpiece of musical theatre” Chicago Tribune  We’re heading into downtown Phoenix to the fabulous Herberger Theatre, to enjoy Cabaret, produced by Arizona Theatre Company.  ATC has been performing full seasons in both Tucson and Phoenix since 1983, more than 280 plays in its decades-long history.  We’ll enjoy lunch on self before the show at The Strand Urban Italian, located just blocks from the Herberger in CityScape.  The Strand’s moderately priced lunch menu offers traditional Italian in a contemporary setting.  This is going to be a great day out!  We hope you’ll join us.