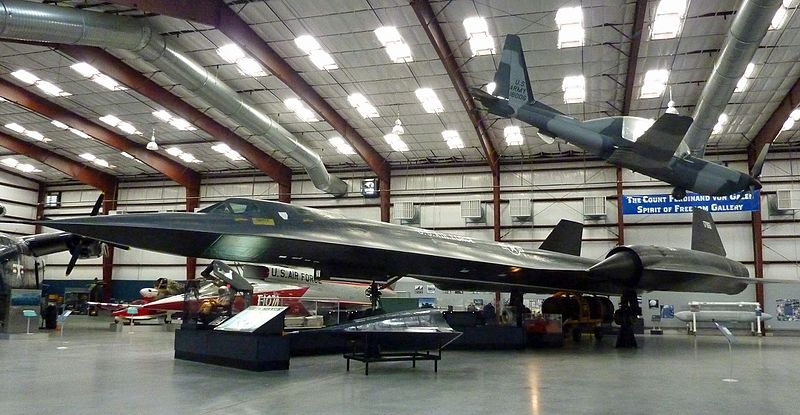 The concept for the Pima Air & Space Museum began in 1966, during the celebration of the U.S. Air Force’s 25th anniversary.  The commanders of the Davis-Monthan Air Force Base, along with the Military Aircraft Storage and Disposition Center (MASD), recognized that the historic World War II and 1950’s era aircraft stored on the base were rapidly disappearing.  It wasn’t just the metal that was going into the smelters, but also the aviation heritage of the country.  The base officials began to set aside examples of many types of aircraft stored in MASD’s yards.  These planes were placed along the base’s fence line so that the public could view them through the fence.  So much has happened since 1966!  Today the Pima Air & Space Museum, located in Tucson, is one of the world’s largest non-government funded aerospace museums.  The museum features a display of nearly 300 aircraft, spread out over 80 acres, on a campus occupying 127 acres.  The museum sits adjacent to Davis-Monthan Air Force Base, home to the 309th Aerospace Maintenance and Regeneration Group (AMARG), affiliated with the base, better known as “The Boneyard.”  We’ll enjoy the “Boneyard”/AMARG Tour from the comfort of a climate controlled motorcoach, with a knowledgeable docent on board, who will narrate the tour of 4,000+ aircraft from the U.S. Air Force, Navy-Marine Corps, Army, Coast Guard and several federal agencies including NASA.  We’ll also take a 1-hour narrated tram tour through 80 acres, viewing more than 150 planes, learning about the highlights of the museum’s collection and a plane’s significance.  The Pima Air & Space Museum is also home to Flight Grill, a beautiful quick-service restaurant with floor-to-ceiling windows that overlook the Navy and Air Force fighters.  Lunch is on self, and we’ll enjoy a wonderful menu featuring hand-pressed burgers, fresh salads and Sonoran cuisine, plus daily specials.  This is a fascinating tour—why not join us!